Central Europe is a very important market area for Black Bruin. The radial piston-cam ring hydraulic motors and rotators have gained scores of enthusiastic and loyal users among machine builders and these experts’ customers working on the fields, in the forests and on various other job sites.  Now the S-series direct drive hydraulic motors are also gaining a whole lot of popularity, for example in recycling applications.

To accommodate customers and the growing demands efficiently, Black Bruin are increasing their workforce in the area. Mr. Mattias Klasmann started as Area Sales Director DACH, on November 1st.

The best of both worlds

Mattias, who lives near Bielefeld in a town called Rheda-Wiedenbrück, is a true hydraulics professional. He worked previously for Fluitronics, a hydraulic systems integrator for mobile machines and stationary equipment. Unlike Black Bruin, Mattias’ earlier employer does not actually produce the hydraulic components itself but purchases them and works together with large hydraulic companies. “So I have kind of changed sides,” says Mattias and explains his thinking further: “Black Bruin is a producer of a special component, a radial piston motor. Yet when the customers ask for systems, we at Black Bruin can offer the On-Demand Drive System and also other systems together with partners. So it’s not so clear-cut after all.”

Mattias makes further comparisons – between Black Bruin and its bigger competitors: “Compared to its main competitors, Black Bruin is more of a manoeuverable powerboat alongside its main competitors, the “vast vessels”, so our advantage in the race is our agility, personal contacts, being able to react and provide the customer with a solution at short notice. For an overly large organisation offering a system may be easy in theory but difficult in practice.”

Mattias sees great opportunities with the S-series motors and industrial applications like shredders, and also with winches and drilling applications. He has good contacts with producers in the area and sees good prospects there. For mobile applications, the On-Demand Drive System is well prepared and Black Bruin is ready to deliver. “Perhaps it is a question of the end-users starting to demand the additional features and benefits that can be achieved with Black Bruin motors in their equipment,” Mattias ponders.

Mattias hopes to increase the Black Bruin presence in the German-speaking market so that the relevant persons in the industries would know the name Black Bruin and what the company can do for them: a very interesting product range with very interesting features backed up an agile company. He believes that people who have been in the hydraulics business for a longer time actually already know the name of Black Bruin, but there is room for improvement. He himself has known the company for some time, since he used to work for CLAAS Industrietechnik in the past and had dealings with the company-to-be Black Bruin when its name was Sampo Hydraulics. 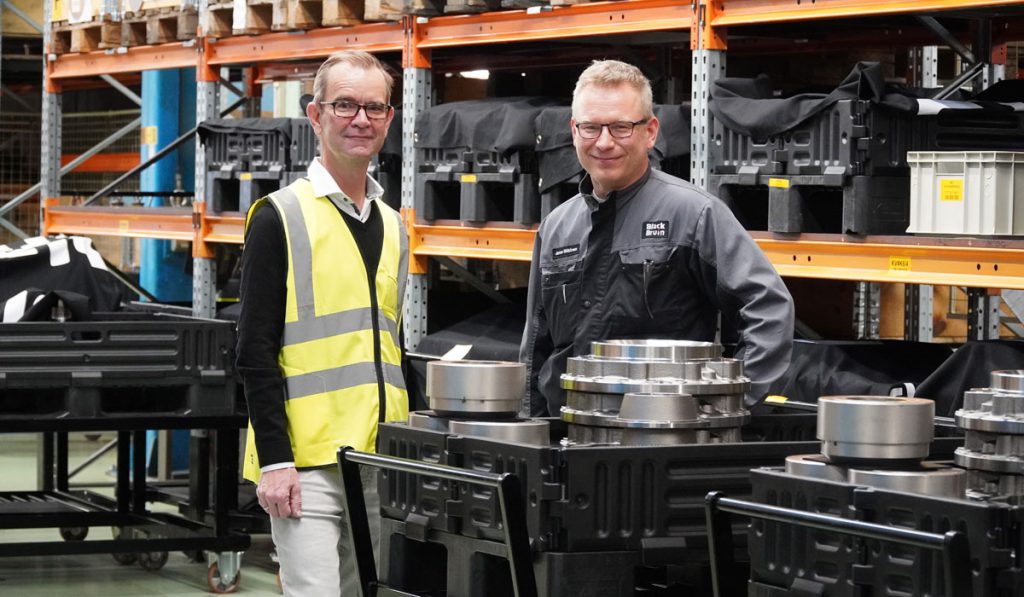 The German economy and the market situation

In Germany, the first quarter was good for the economy at large, the second was a nightmare because of the lockdown, the third quarter was again pretty good if you focus on industrial markets. Of course, when it comes to other sectors, like the restaurant business and aerospace, the nightmare continues, but the industries that are important for example for Black Bruin have been catching up quite rapidly in the third quarter. “What happens next, remains to be seen,” says Mattias and continues: ”So far, the year has not been too bad, maybe 5-10 % down. Nobody really knows what will happen, so decisions are needed and it is a time for the bold.”

In his spare time, Mattias likes hiking in the woods and biking. He used to drive racing bikes and loved watching cycle races. Like so many Germans, he also follows football. He remembers as a ten-year-old admiring Klaus Fischer, who played for FC Schalke 04 and scored memorable goals for them, and that has been his favourite team ever since. Mattias used to be a keen sailor, but since having three kids, “the focus has changed and the sailing and time for hobbies are gone”, he laughs and continues: “But I still need salt water and the ocean at least once a year on holiday.”

Welcome on board Mattias!

Extending the season or performing tasks in conditions that would normally halt work. The growing popularity of hydraulic wheel motors on trailers, slurry tankers, balers and many other kinds of implements working in forestry, agricultural and earthmoving conditions comes as no surprise.

Black Bruin’s customers applying the unique, innovative motor designs are in the frontline helping their particular industries work smarter and safer. An interview with CEO Seppo Koiranen in the Nordische Profis magazine sheds more light on this.