“So far, no news is good news, about the Black Bruin motors in service at our customers,” says Léon Vassé, Innovation and Development Manager at SID Machinery in Beijing. “Whenever we go on sites, we ask the users how long they have been running the machines. Although it is not always possible to collect our shredder’s production data records, such as running hours or waste throughput, at least we can say that there has been no negative feedback on the Black Bruin motors.”

Serving the industry and the cities

SID works with three kinds of shredding operators among their customers in China: the cement industry, industrial waste treatment and municipal waste incineration.

For the two first applications, SID has specialized in SMP (Shredding-Mixing-Pumping), turn-key solutions in hazardous waste handling, which are much sought after among cement producers and industrial waste processors. They both make a profit by collecting and disposing of hazardous waste or by-products from chemical plants, refineries and other industries, which they burn as a substitute fuel.

The advantage for cement plants lies in reduced carbon footprint and decreased production costs for their existing clinker kilns, while industrial waste processors can sell energy by converting waste into steam or electricity. In both cases, the whole of society can benefit from a safe alternative to landfilling and from optimum waste recovery.

The market for burning hazardous waste into energy has been booming in China over the last decade. Today the country is very well equipped in this regard, and SID continues to be the leading provider in this market segment in China.

The third main application is municipal solid waste (MSW) incinerators, recently subject to tremendous change due to stricter regulations. “This market segment covers cities both small and large but in China the scale is somewhat different from Europe,” Léon clarifies laughing. “When we talk about a town in China, it seldom has fewer than 300,000 to 500,000 inhabitants. In Europe that is already a medium sized or even a big city.” In several Chinese cities, the recent implementation of household garbage sorting in residential areas requires the construction or the adaptation of MSW processing plants, projects in which SID is taking an increasingly active part. Used tires, the number of which is growing exponentially with the domestic cars & trucks market, can also be recovered and turned into an alternative solid fuel. “Our shredders have been chosen for several installations all over China,” Léon explains, “so far mostly as stand-alone equipment.” SID is now going for complete waste separation and comminution installations, which means not only the shredder, but complete lines including the auxiliaries such as belt conveyors as well as waste separation and sorting equipment.

Technology with a mission – with Black Bruin S-series

Offering technology purely for its own sake is meaningless for an industrial operator. Moreover, the cheap solutions offered by some competitors may boast equal performance at the commissioning, but will have a significantly shorter lifetime, or need and incur the costs of more servicing higher and longer downtime. “We focus on what is safe and reliable for the user, and a large part of our R&D efforts is targeted at minimizing downtime and maintenance operations,” Léon explains SID’s strategy. Since it was established in 1972, SID has always aimed at durable and sustainable products, meaning that when an operator invests in a machine, it will last a long time after the warranty expires.

“Some SID shredders are still in service after more than thirty years: Their owners still call on SID for the yearly maintenance and overhaul support.”

This is also the main reason why SID uses Black Bruin motors as an alternative to a more sophisticated gear solution, for example. Today, Black Bruin S3000 direct drive motors with 18.9-liter displacement are delivered as a complete package for SID shredders.

”Technically, the point was to simplify the design by using a higher displacement motor. It helped to simplify the machine by replacing a small motor and a planetary drive. The motor chosen has even been customized in order to meet SID technical standards and special requirements, which shows the flexibility and customer-oriented approach of Black Bruin,” Léon Vassé explains. Léon also highlights that Black Bruin has been working continuously with local dealers in order to set up an after-sales service network for SID and their customers.

Waste shredders are extra demanding recycling applications, characterized by starts under high load, heavy shocks and frequent changes in rotation direction. Once fed by a grab crane or a conveyor, the operator need not intervene in the SID shredder operation, and any contact with the waste is limited to the strictly necessary, for example during removal of non-shreddable pieces such as steel beams, or during scheduled maintenance.

Thus, the choice of a hydraulic motor is down to three considerations: it must deliver a very high torque at a very low speed enabling restarting a shredder without emptying its feeding bin. It must withstand the frequent rotation reversion occurring with hard-to-shred waste, and it must be safe in explosive atmospheres caused by hazardous waste.

In this regard, SID has really good experiences with the integration of the Black Bruin S-series motor, which has proven to fulfil all requirements. The power of the S-series is able to handle inconsistent waste material effortlessly and clears jamming situations with ease. As backup, the torque transmitting components of Black Bruin S-series motors are easily serviceable if needed to guarantee maximum uptime of the shredding plant.

SID’s customers’ most important business drivers are usually availability, reliability and durability. However, as waste treatment plants become better equipped and the plants’ processors’ expectations become more specific, operating costs are also becoming a key factor for operators when selecting a shredder. Customers ask about energy consumption, spare part consumption, machine downtime, maintenance need. After-sales response time and spare parts availability are also really important to Chinese users: Within 24 hours, SID China can dispatch one of its 15 After-Sales Engineers on site. SID is also one of the few foreign shredder manufacturers who also manufactures in China, so they can serve any of their customers within 48 hours. Because a machine that keeps on working is a sustainable solution.

SID, the name Société Industrielle de la Doux means “Factory by the River Doux”. SID was a repair workshop of the local power company established in the 1930’s. In 1972, it moved into the manufacturing of shredding machines on the initiative of its present owner.

SID Machinery (Beijing) was established in 2006 and has been growing steadily for the last 14 years, and during the last 2-3 years the growth has been even faster. There are still many cities that could be equipped with municipal waste treatment lines. SID Beijing’s activity focuses 90% on the Chinese market and on the countries of South-East Asia, including Thailand, Indonesia, Singapore and India, where several shredders are already equipped with Black Bruin motors. SID has been cooperating with Black Bruin since 2017, currently on 73 projects throughout China and South-East Asia, 148 Black Bruin motors installed.

Trailers and motors for a specific purpose: BMF and Black Bruin cooperate and please demanding farmers and forest professionals

BMF is the highly successful forest trailer brand of Estonian company OÜ Lisako, which annually produces approximately 1 000 trailers with cranes for forestry use. What is unique about these BMF trailers is that the supporting legs form part of the trailer, making it stronger and safer. The company aims to increase the share of larger and more high-end trailers every year. And so far, they are well on their way to doing just that – with some help from Black Bruin.

North American Hydraulics has been Black Bruin’s trusted partner for practically 40 years. Amidst hurricanes and viruses, one thing has always been and will be vital for both: stay focused on the demanding customer. 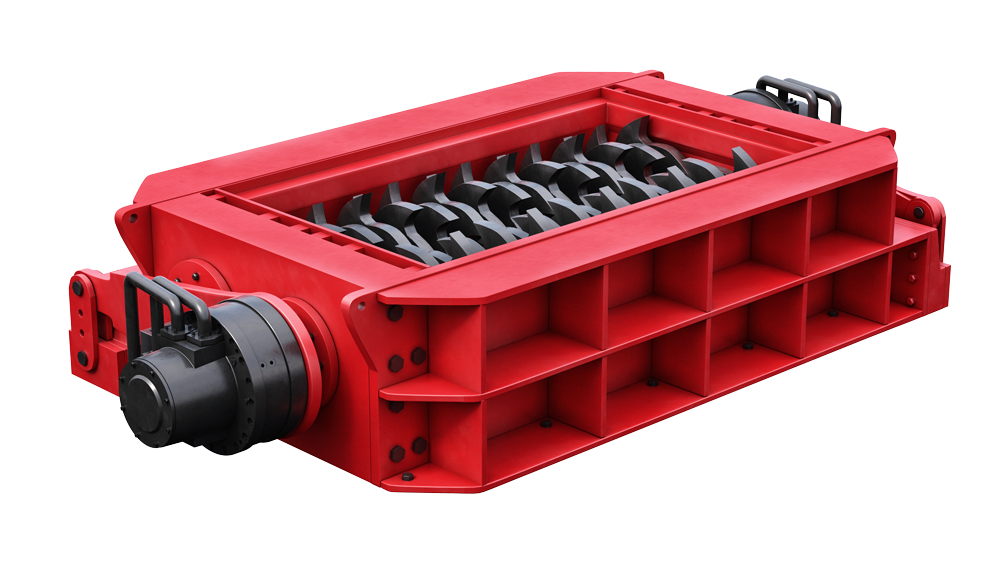 The S-series hydraulic direct drives are designed for demanding recycling applications with direction changes and shock loads, which can be hard on shredders and their rotors. Built with robust piston design, the S-series motors are meant for heavy-duty action. It’s “S” for superior performance, stamina and serviceability.